Get Lucky With ScanLife Contest 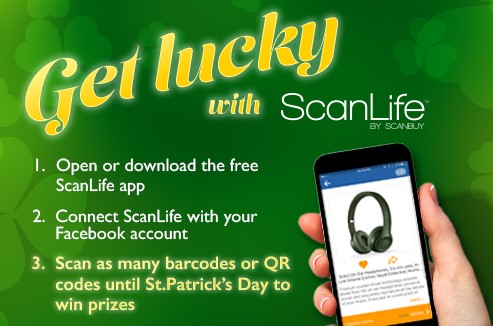 As St. Patrick's Day approaches, ScanLife wants to reward app users with awesome prizes. On St. Patrick's Day (March 17, 2016), we are going to give away prizes to the contest's top scanners. Entering the contest is this easy: 1) Get the latest version of the ScanLife app for iOS or Android.