The start of a new quarter is always a good time to take a step back and reflect on the latest developments in the industry. Today is no exception, as we've hand-picked the best and most innovative QR Code campaigns from the 2nd Quarter, 2012.  It's fantastic to see examples from all over the globe, and from a variety of industries.  Kudos to these marketers for creating amazing customer experiences using this dynamic technology! 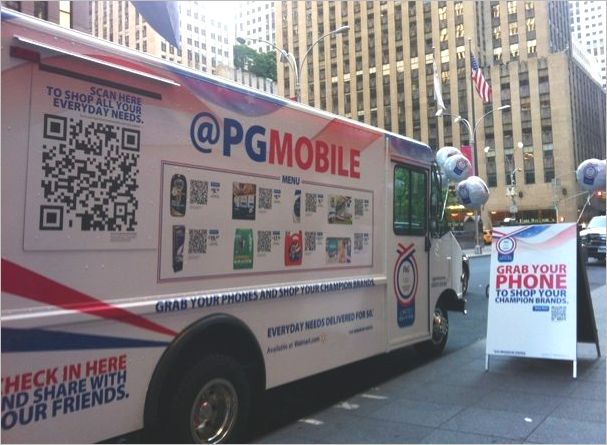 A clever blend of m-commerce, social media and fun: PGMobile used shopping trucks with QR Codes on the side to allow New Yorkers to purchase Procter & Gamble products for home delivery. The trucks locations were tweeted by @PGMobile and shoppers could tweet requests to bring the trucks right to their office or apartment block. Learn more about it here.

To promote the popular EURO 2012 Tournament, Coca Cola used ScanLife powered QR Codes on millions of packages throughout Spain. The codes connected users to a mobile series of exclusive videos about the competition and drove downloads of the 'SmileWorld' app, Coke's new mobile social network. Never before has a major brand used ScanLife on a scale quite like this! Find out more here.

Emart, the Walmart of Korea, wanted to launch a lunch time promotion. They came up with the idea of a QR Code, in which its shadow rotates according to the time of the day - like a sundial. As a result, the QR Code only worked from 12pm to 1 pm. Once scanned, the code activated a promotion on Emart’s m-commerce website or in stores. Watch the video below for more:

Americanino, a Chilean fashion brand created a pop-up QR Code event which ‘hypnotized’ young consumers and tried to get them to strip off in public. Those who were bold enough to do so were rewarded with a free Americanino outfit. Check out the video to learn more:

Rockport used QR Codes during an outdoor event involving a box display with people hanging off the edges to show the new line of shoes. The displayed featured codes on the sides that took users to a mobile optimized landing page where they could learn more about the product. Users could then tap to buy the shoes on Rockport’s mobile site. But there's more...

Volkswagen recently launched a QR code campaign to promote its line of commercial vans – Crafter. The campaign featured a huge structure with a QR Code made with actual boxes of oranges. When people scanned it, they would be directed to a video of how those boxes would fit inside a Crafter. Thanks to this promotion, Crafter increased brand awareness by 224%  and sales by 70%. See the video below for more: 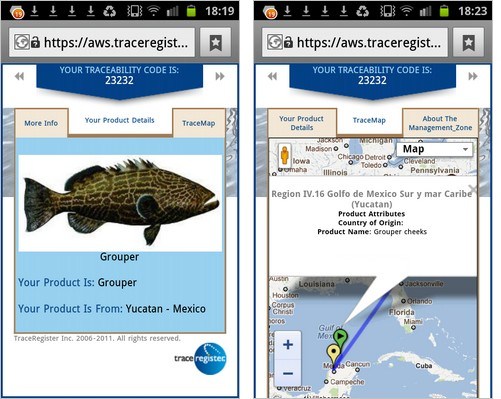 Handy, a US-based seafood processor, enabled restaurant owners to enter a 6 digit lot number found on packaging into a trace register widget on the Handy website. They could then download a QR Code for adding to the restaurant menu. Customers would scan the code to follow the fish's journey from catch to plate. Discover more here. 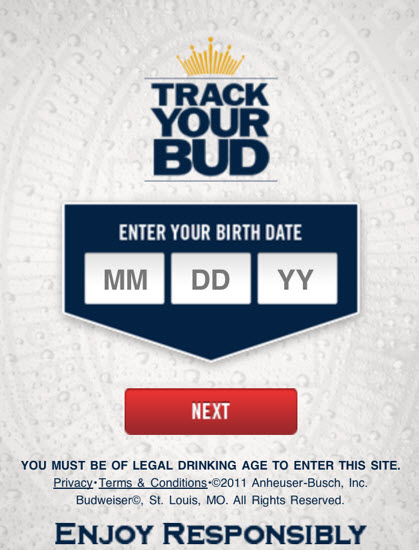 As part of a new risqué campaign for Axe Body Spray, the most popular bars and discos in Puerto Rico were given virtual peepholes, i.e. QR Codes, which let men to peek into the girls bathroom. The codes resolved to a set of steamy videos and even even steamier clips if shared on Facebook. The results were pretty spectacular. "Peep" the video below for more:

Knowing that patrons typically go out drinking for about five hours, Turquoise Cottage, a bar/restaurant in India, created the "Buddy Stamp" to keep the night both safe and fun. The stamp was comprised of a QR Code that users could scan at various times throughout the night. Now here's the best part - consumers were delivered different content depending on the time of a scan. A wonderful example of dynamic marketing! Watch the video below for more: Inspired? So are we. For more information on how to leverage mobile engagement, join our Linkedin group "Exchanging Smarter Ideas on Mobile Engagement", or check out our website, or simply contact us.
Commerce , Examples , Marketing
Share this article
Read previous Read next