iPhone Passbook: Perhaps the Best Thing for the Mobile Barcode

Well, the big iPhone 5 announcement has been made and now millions debate if and when they will get the latest gadget from Apple.  At ScanLife, we are extremely excited for the release of the iPhone 5 and iOS 6 for many obvious reasons.  Of all the new features, the one we are most thrilled about is Passbook.  We believe it’s the best thing that could happen for the mobile barcode industry because it will continue to expose this technology to millions of people around the world. 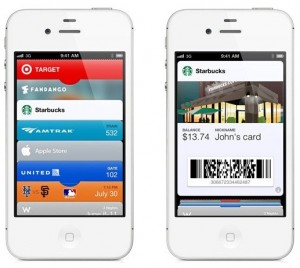 If you are not familiar with Passbook, here’s a quick recap from what we can tell:

So what does this all really mean?  To us, it means that Apple has reaffirmed that the barcode is completely mainstream today as it’s simple to use for millions of people around the world.  Apple’s SVP Phil Schiller was quoted as saying, “Passbook does the kinds of things customers need today.” Barcodes are simple, they don’t require new hardware, and people are familiar with how they work. The release of this new framework, also opens new doors for advanced services that barcodes enable, such as mCommerce, mPayments, and mIdentity, and more. When Apple included Twitter in their native OS, they reported that new Twitter accounts increased by 25% per month!  We could even see physical tickets and cards being printed with Passbook barcodes, and this is even more likely if Apple partners with other companies to promote the app and technology.  Given the massive number of iOS users, we expect mobile barcode awareness to increase sharply in the coming months which will drive even greater innovation and adoption of the technology by brands, developers, and consumers alike. Thank you Apple!  What do you all think?
Educational
Share this article
Read previous Read next