Apple Continues its Love for the Barcode

It's that time of year again.  New iPhones and a major new iOS upgrade are finally here.  While most people are enamored by features like Touch ID and flat design, at ScanLife we are thrilled that Apple continues to throw their undeniable support at the barcode and QR Code.  We posted that Passbook was the best thing to happen to QR Codes around the same time last year, and that trend continues in force. Bloggers are constantly looking for the next shiny object, but Apple knows when a technology is ready for prime time because of mass adoption and ease of use. The evidence is overwhelming. 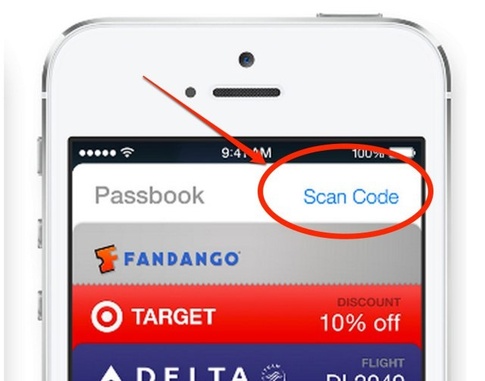 Apple has always made the camera available to developers so that apps like ScanLife could decode various barcode images.  We have been doing this from day one.  But now with iOS7, they have published a native barcode scanning API that allows developers to access the camera and decode a variety of barcode formats. This will make it simpler for any app running on iOS7 to add barcode scanning so users can access content behind UPC Codes or QR Codes, and other formats.   Developers can still use our native SDK for any version of iOS and Android which has added features like analytics. Apple has even added barcode scanning into their own Passbook app so users can save passes.  However if you are hoping for that to be your new universal scanner, you are out of luck.  That reader will only decode passes and not other QR Codes that link to websites for example. So you will have to continue using ScanLife for all your scanning needs. 😊 This is not the first time that Apple has used barcode scanning for their own apps. The Apple Store app allows you to scan a UPC Code from one of their products and buy it right from the app.

Apple is touting the 5s as one of the fastest Smartphone devices ever made, with some of the best camera technology available.  It just so happens that both of these are also very good news for barcode scanners. The camera has larger light sensors and aperture settings that will make scanning easier especially in low light situations.  So the next time you are in a dim bar or restaurant, don't be afraid to scan your closest QR Code! Finally, the A7 processor is 2x faster than the A6 which is in the iPhone 5.  This will speed up all processing, including scanning a barcode.  Processing was already pretty fast on the ScanLife app, so don't blink or you may miss that scan. So to those that say that barcode scanning is dead, and that no one does it anymore - perhaps you want to go tell that to the largest tech company on the planet.
App News , Trends
Share this article
Read previous Read next