The largest olive oil producer in the United States has introduced a new smart label on its two flagship brands.

California Olive Ranch has added a quick response (QR) code to its labels on the Global Blend and 100% California brands.

Michael Fox, the company’s chief executive, told Olive Oil Times the new smart labels would enable curious customers to learn more about where the olives were grown, when they were harvested, the oil’s chemical profile, its flavors and other information about the harvest and health benefits.

“We wanted to think about new ways for people who were interested to understand more about their olive oil,” he said. 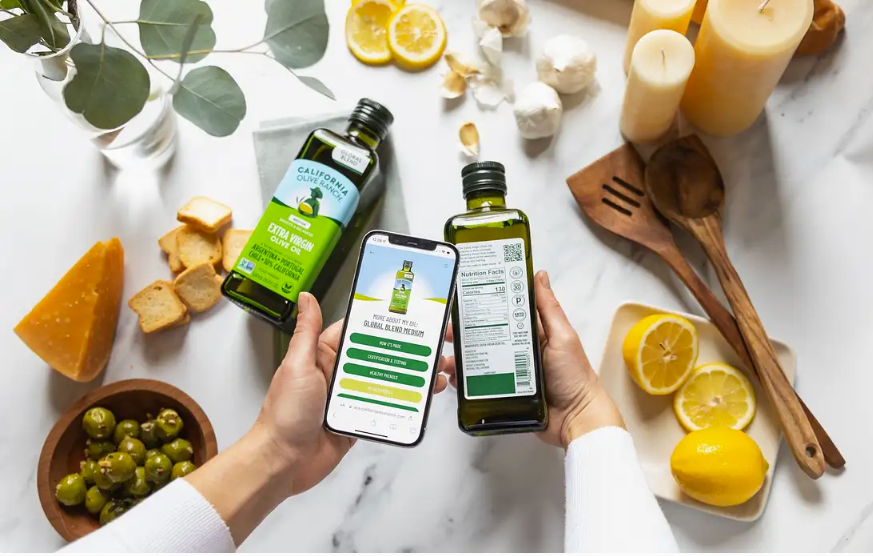 Fox believes that the smart labels will help inform customers about what sets extra virgin olive oil apart from the other grades and hopefully drive more customers to the product.

“It’s the number one driver of purchase intent,” he said. “Most people who are brought into the category, it’s because of the health benefits of the olive oil.”

Along with educating consumers about these health benefits, Fox argued that the new smart label was a practical step to promote the company’s transparency.

“We change our blends based on the seasons as we get new oil,” he said. “Changing our label multiple times each year wasn’t a realistic idea, but doing a smart label allows you to see where the olives are grown all the way down to the lot code.”

“This will grow and evolve and will eventually feature some of our grower partners, particularly in California,” he added.

Fox believes that these labels should be more widely adopted in the industry, including by other U.S. producers and imported olive oil blends, some of which are made with olives sourced worldwide.

According to Joseph R. Profaci, the executive director of the North American Olive Oil Association, a trade association, some major importers already use QR codes backed with blockchain.

The technology that underpins cryptocurrencies and other digital assets is a decentralized digital ledger that records transactions onto “blocks.” Since the “blocks” are stored on multiple computers, they cannot be altered after the fact, making traceability easier to establish.

“Traceability is important to some consumers, so it seems blockchain or third-party certification would be the gold standard,” Profaci told Olive Oil Times.

However, there are challenges associated with establishing traceability certifications on the blockchain. Fox said the QR codes on California Olive Ranch products link to the company’s internal system and are not attached to a blockchain.

“Our partners don’t have the capability of having blockchain set up within their systems yet,” Fox said. “We did investigate blockchain, and we found that was going to be a hurdle given some of our partners and their technology.”

Profaci said he has no data on the subject but personally thinks the effectiveness of traceability depends on the certainty provided by blockchain verification.

“If the idea is to assure consumers who are interested in traceability because they have been told they should be distrustful of companies that source globally, I would have to believe that blockchain or third-party certification would be more effective than self-declarations of origin,” he concluded.